Your goals ⁠— our expertise

Christopher is a graduate of University College, Oxford. He gained an M.A. in Agriculture and Forest Sciences and an M.Sc. from Reading University in Agricultural Economics. His passion for education and the environment has taken him throughout the world, working extensively for the World Bank and the International Monetary Fund (IMF) on rainforest protection in the Congo basin, and he has recently worked as a consultant to a local company researching effective pollination alternatives to the honey bee. Christopher regularly teaches English, Mathematics and Verbal Reasoning skills to younger students, and advises on applications to British universities. He is also the Chairman of the College’s Board of Governors.

Be part of the team

Alex read for a Masters in Mathematics at Magdalen College, the University of Oxford (where he was a scholar) before going on to undertake research in Mathematical Physics, specialising, in particular, in the geometry of space-times that locally resemble doughnuts (known mathematically as *tori*). He has taught and tutored extensively at sixth form, undergraduate and Masters level. A passionate believer in the unique advantages of the Oxford tutorial method, he still tutors for the College whenever his schedule permits.

Alex’s educational research interests lie in the effective use of new and emerging technologies to support and enhance the learning process and he directs the development of Greene’s cutting edge, cloud-based student online learning resource, Greene’s Online. In his spare time Alex enjoys croquet, British polyphonic music of the early renaissance and hiking in the Alps.

Miguel is the Executive Director of Greene’s College Oxford in Estoril. He is responsible for operational, financial and human resources as well as the commercial and business development of Greene’s in Portugal. He has a strong career over many years in the education field and developed several educational projects for the biggest international educational company in the world focusing on operations, marketing and sales development. He holds a degree in Architecture from Faculdade de Arquitectura de Lisboa. Miguel was born and raised in Cascais and is currently living with his wife and four children in Estoril.

Grant is the Academic Director of the College and is based at 45 Pembroke Street. He is a graduate of Magdalen College, the University of Oxford, where he studied Philosophy and Modern Languages (French). Grant’s academic interests are varied, but he specialises in the literature and thought of the early modern and modern periods, with especial focus on the development in French literary form (cultivated, in part, over his time at l’Université de Paris-Sorbonne). As a linguist he naturally has a strong interest in translation theory, linguistics and stylistics in a formal academic setting. An accomplished philosopher, Grant took his M.Phil. also from the University of Oxford specialising in pre- and post-structuralist French literary theory and criticism, during the 19th and 20th centuries.

Becky Simpson is the College’s Director of Studies. Hugely experienced working within a close college community both on the pastoral side and in a number of varied and effective teaching and leadership roles, Becky brings to Greene’s the valued knowledge of an educator skilled in a broad range of effective teaching methodologies. Becky received an M.A. from the University of Oxford (Lady Margaret Hall) in English Language and Literature. Having left university, Becky was appointed as English teacher at Bryanston School, Dorset, and as a Personal Tutor, responsible for the welfare of a number of pupils at the school. She later became a Housemistress at the school, overseeing the welfare of 60-70 girls in a boarding house with careful monitoring of their social, academic and emotional wellbeing.

Christina is the Academic Registrar at Greene’s College Oxford, Estoril. She obtained a bachelor’s degree in English Literature from Bangladesh, where she worked in a high school as a language teacher. Later in 2017, she pursued her master’s degree in Sustainable Development in Sweden, where she had the opportunity to work as a preschool teacher. She moved to Portugal in 2021 to do her Ph.D. at the department of International Studies on the topic of Education for sustainable development in ISCTE IUL Lisbon. In her spare time, Christina is a trained Indian Classical Dancer, and has helped to teach classes in both Bangladesh and Sweden. 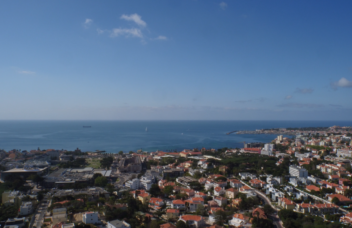 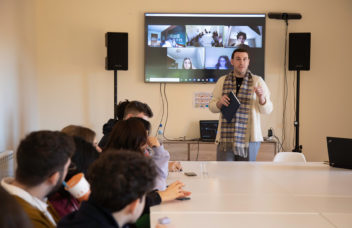 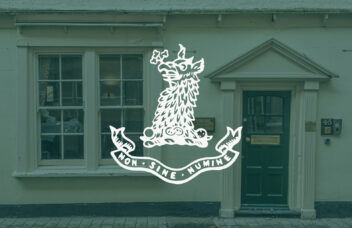 Create your personal prospectus by selecting your interests.

This link will take you to our Oxford College website

Oops! We could not locate your form.

We use cookies on our website to give you the most relevant experience by remembering your preferences and repeat visits. By clicking “Accept”, you consent to the use of ALL the cookies. However you may visit Cookie Settings to provide a controlled consent.
Cookie settingsACCEPT
Manage consent